Marriage: all may, some should, none must

Marriage: all may, some should, none must

“The next item on the calendar is A037: Continue Work of the Task Force on the Study of Marriage”

(For the full text of the resolution, click here)

Explanation (adapted from text written by the Task Force on Marriage):

The 77th General Convention directed its presiding officers to appoint a Task Force on the Study of Marriage, consisting of 12 people to consult, study, and provide educational resources on the subject of marriage.

In the course of completing these tasks, the Task Force became highly aware of a growing contemporary reality in society and the Church that is redefining what many mean by “family” or “household.” This changing reality is felt in our congregations, where there are an increasing number of those who fit the various categories detailed in the 3rd Resolve of this resolution (those who choose to remain single; unmarried persons in intimate relationships; couples who cohabitate; couples who desire a blessing, etc).

Contemporary data shows that these trends are increasing rapidly, challenging marriage as a normative way of life. And yet the Task Force did not have the time or resources to fully address this reality. More broadly, our Church has done very little to respond to it.

This time of flux bears continuing discernment and attention by our Church.

“I call on Deputy Hamilton from the Diocese of Olympia.”

(The clock begins to count down my two minutes)

I rise in support of this resolution.

For the last six years I have been in a monogamous, loving relationship with my boyfriend. We live together and share some expenses. Despite the admirable and well-meaning efforts of friends and family, I have no interest in getting married or having children. While that may not always be the case, for now my relationship is not seen as having any independent worth, but only as a precursor to something I don’t intend to do. 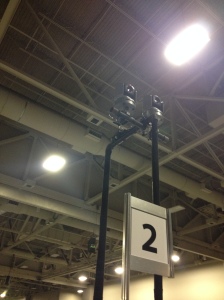 The church’s silence on this matter equates to passive judgement. By only acknowledging one kind of family, we imply others don’t count.

We don’t assume all lay people will be ordained, yet we assume all single people will eventually be married. I think this contradiction bears investigation, and it would mean a lot to me personally for my relationship to be acknowledged.

(I put down my official notes to speak off the cuff)

Finally, for any of you who are considering finding me after the session, putting a loving hand on my shoulder, and telling me I’ll change my mind when I’m older…I invite your silent prayers.

Katrina Hamilton is a General Convention Deputy from the Diocese of Olympia.  She has been blogging about her GC experience at They Tried to Make Me Go to Utah, where this post originally appeared

We are called to live in community as part of the Body of Christ. I wouldn’t exclude or demean people living in community that isn’t marriage. Marriage is a covenant relationship. In it, we make vows to one another in the midst of our faith communities and before God. I would want someone who seeks to make ordination vows to make marriage vows if they are not single or called to celibacy. There’s something about marriage that mirrors the covenant with God.

My spouse and I were together 23 years before legal and sacramental marriage came to our state. We had no idea that the sacrament of marriage would bring about ontological change. It did. Big time.

While “none must” get married, I highly recommend it. I can only offer my Witness to the spiritual and personal riches of it.

For the past six months…
monogamous…
loving…

But does she intend for this to be lifelong?

Or will this just be one relationship in a possible series of loving, monogamous relationships?

Agreed David. I wonder if what folks’ response would have been if instead she had said this about paying the taxes one owes… after all that’s a man-made law that limits our freedom as well!

It seems to me that when one deviates from the historic teaching of the church it should be in support of some virtue that is bigger than ourselves. I fail to see that here.

An interesting question. How important is marriage? Is it part of the church’s faithful duty and outreach to demonstrate Spirit filled marriages and encourage marriage as a “best practice” lifestyle or is the church to bless any type of relationship that people want to be in? Now that same-sex marriage is available to all, is it going to be expected of couples, or just a party they can have if they want it?

Her statement that it was the secular world pushing marriage was a surprise.

I would respectfully differ with Ms. Hamilton on the quote she uses with her Sunday School class: “All may, some should, none must”. That quote traditionally has applied only to the sacramental rite of Penance (The Reconciliation of a Penitent). It does not fit Ordination. All may not be ordained. The Church discerns who is called to Ordination and who is not.

Actually, it does work. All MAY be ordained (there are no intrinsic barriers). Some should (those called by God through the discernment process). None must (ministry is exercised by both ordained and lay ministers).

I think her underlying point still holds. We don’t (anymore)set aside any classes of persons as being unable to be ordained, so in theory all persons may be called, though only some are. It is true, of course, that unlike penance it is not the underlying desire of the person which is operative in ordination.