The windswept leaves of Autumn drifted and tumbled through the air.

It still could have been fall, by all accounts, but the crocuses and daffodils that poked through the muddy flower beds said otherwise.  April in Inverness is seldom warm, and I pulled my light jacket around me as I walked briskly past the river Ness.  I was under-dressed for the cold Scottish Spring.

I looked up from the path. 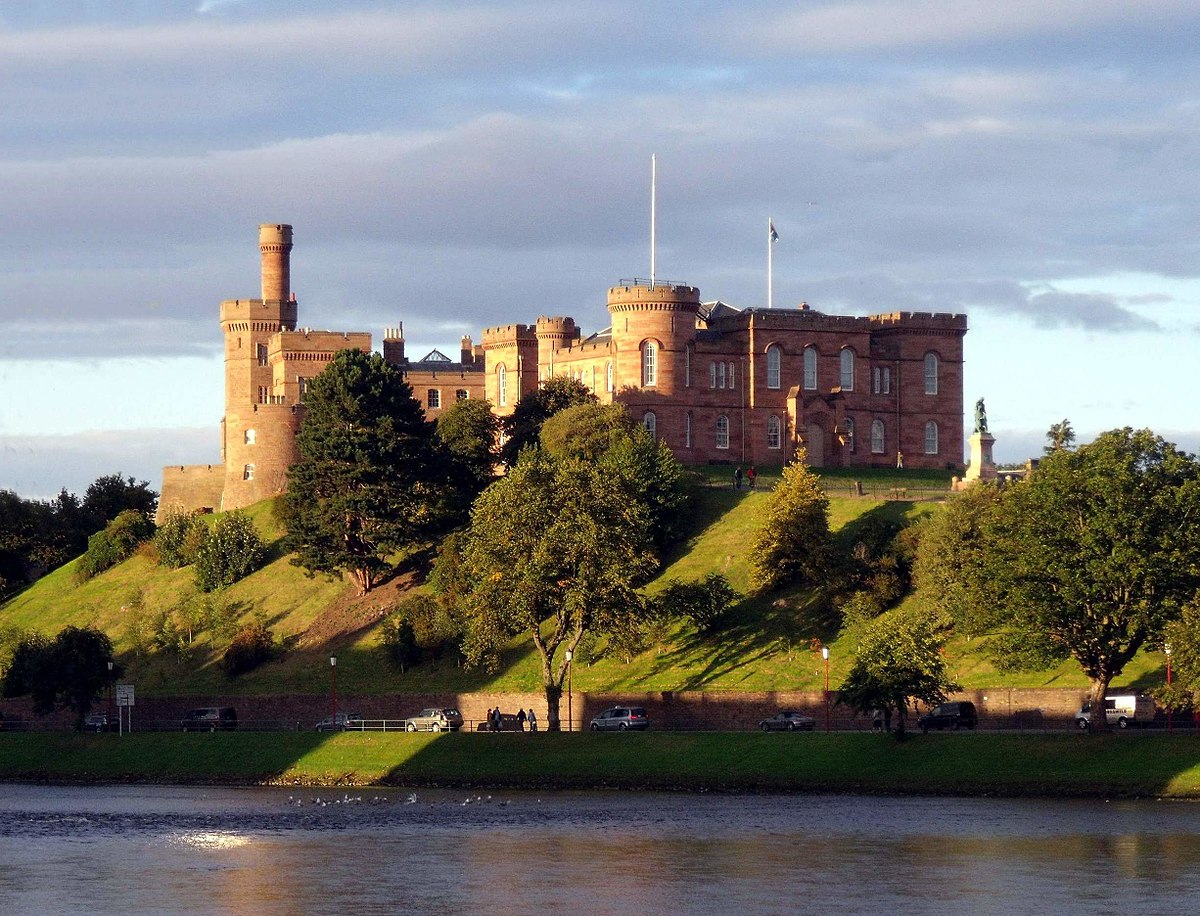 Across the river, the stones of Inverness castle beckoned.  I still had an hour left, should I want to visit, and the brochure in the lobby of my bed and breakfast had said it was open until 5.  But I didn’t fancy a walk across the river and up the hill.   I was still too tired from my long drive from Edinburgh to the Gaeltacht.  So I opted instead for a riverside walk to stretch my legs.

As the grey skies became darker with the threat of rain, I heard the bells nearby.  It was Sunday, after all, so I wasn’t surprised, but I was curious about the source. I crossed the street to a park I saw to find the bells. They continued to toll.  I walked through the park, hoping with each step that the skies wouldn’t baptize me with the expected downpour.  I had left my umbrella in Perth a week ago.

I finally found the bells’ source, the cathedral a few hundred yards away, its doors open.  I was a stranger in this city, I was cold, and my curiosity was piqued.  The sign outside declared  ‘Cathedral Church of St. Andrew’s  – The Scottish Episcopal Church – Sung Vespers, 5 pm, All Welcome’.  It was impossible to resist.  I walked up the stairs, drawn by curiosity, my growing fatigue, and an invisible hand into the darkened cathedral.

I stood in the vestibule, my eyes adjusting to the candlelight. I wasn’t sure if I should genuflect, but I didn’t want to take a chance at offending the other worshippers, so I went down slightly on one knee, crossed myself, and made my way to an inconspicuous seat near the back. 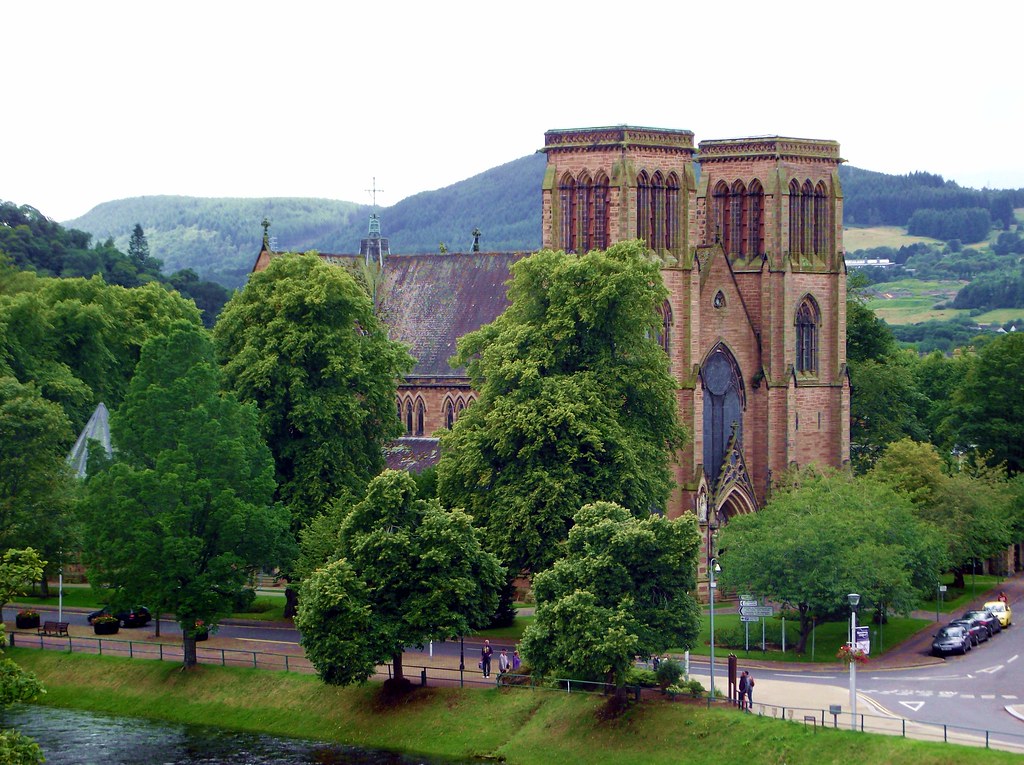 I began taking in my surroundings.  It was similar to the dozens of Catholic churches I had known but much older, even older than those I had visited in the desert southwest built by Franciscan missionaries.   I had been in only one Anglican church before, five thousand miles away, on a brief visit mainly made out of curiosity two decades earlier.  On that afternoon, I didn’t stay long enough for a service, but on this Sunday evening, I was tired, and the cathedral offered a warm respite from the chill of the early Spring.

I yawned from the fatigue of the jet lag.  I found a seat in a wooden pew and, within a minute, began to nod.

I yawned again, embarrassed. The service finally began.  I took a Book of Common Prayer from the pew-back in front of me and fumbled through its pages.  Unable to locate where the service started, I put the book back and listened.

The sunlight pierced the clouds of incense.

Dostoyevsky once said, ‘Beauty will save the world,’ and on that evening, I began to understand what he meant.

I had never heard such singing in my life.  I had sung in a dozen church choirs over my four decades, had heard hundreds of great and equally not-so-great liturgies, and had cringed at the banality of guitar masses, but this sung Vespers echoed in the rafters even after the last notes of the organ died.

For those few moments, I thought I was in heaven. 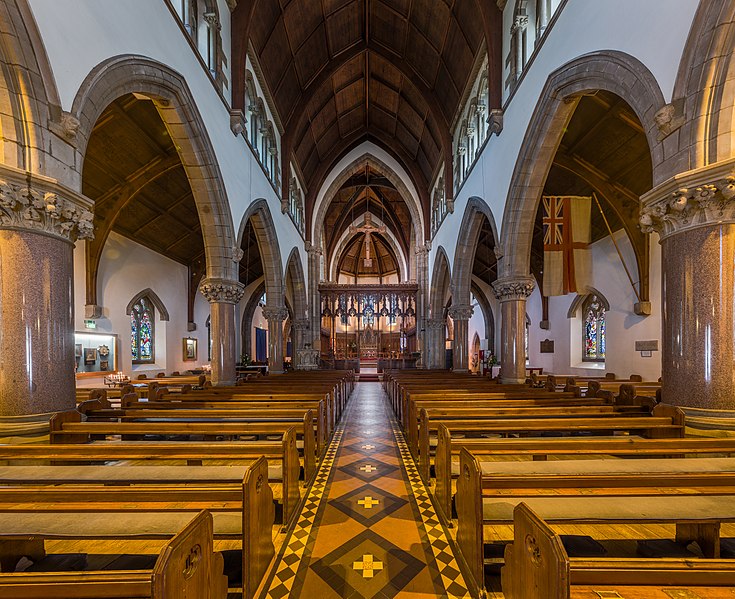 On that grey afternoon of the 28th of April 2002, I had found something that I hadn’t known existed except between the dusty covers of my university English Literature textbooks.  I felt something I had never felt before:  I had come home to the home I had never known.

By Grace or sheer accident, I had just walked into the heart and soul of Anglicanism and, quite unexpectedly, had fallen in love.

David Alexander is the Communications Coordinator for St. Francis Episcopal Church in Houston, Texas. He is a two-time Lone Star Emmy Award-Winning Producer/Editor/Motion Graphic Artist / Sound Engineer.  He and his wife Eleni have been married for 6 ½ years.  David is an avid bagpiper, accordionist, and poet.

Thank you for your story and sharing your memories.

I really enjoyed this excerpt. David, you paint vivid word pictures. I found myself wanting more. A short story or novel, perhaps. I adore the older churches and the ethereal services, too.

Lovely, thank you. The importance of beauty in fostering faith, hope, and love is so important to keep in mind as we continue to struggle with limitations on our ability to worship in person and with music and the use of space and movement and all our senses.

One fact check: St. Andrew’s Cathedral in Inverness, like most Scottish Episcopal churches, is not in fact “even older than those I had visited in the desert southwest built by Franciscan missionaries.”

The genuinely medieval Gothic church buildings in Scotland belong to the Presbyterian Church, which is the Established Church in Scotland and which inherited the formerly Catholic edifices taken over in the Reformation. The Scottish Episcopal Church buildings may look Gothic but like many Episcopal churches in the US, they are Victorian (or later) replicas of Gothic architecture. St. Andrew’s was built in the 1860s, as a quick check online can easily inform you.

In fact, yes, “older than those I HAD VISITED. I was speaking to my personal experiences. I was staring a fact. You’re reading something I didn’t write.