On the BBC program Radio 4, the Archbishop of Canterbury the church’s portrayal of Jesus as white ought to be challenged.

The Anglican church should reconsider the way statues and other representations of Jesus portray him as white in the light of the Black Lives Matter protests, the archbishop of Canterbury has said.

Welby told BBC Radio 4’s Today programme: “Jesus is portrayed in as many ways as there are cultures, languages and understandings. And I don’t think that throwing out everything we’ve got in the past is the way to do it but I do think saying: ‘That’s not the Jesus who exists, that’s not who we worship,’ it is a reminder of the universality of the God who became fully human.”

He said that statues in Canterbury Cathedral would be under review on the back of the worldwide Black Lives Matter campaign to bring down monuments to controversial figures such as those engaged in the slave trade.

On the recent calls for statue removals, the archbishop said people should forgive the “trespasses” of people immortalised in the form of statues, rather than tearing them down.

A statement from Canterbury Cathedral:

Response to the Archbishop of Canterbury’s comments regarding statues 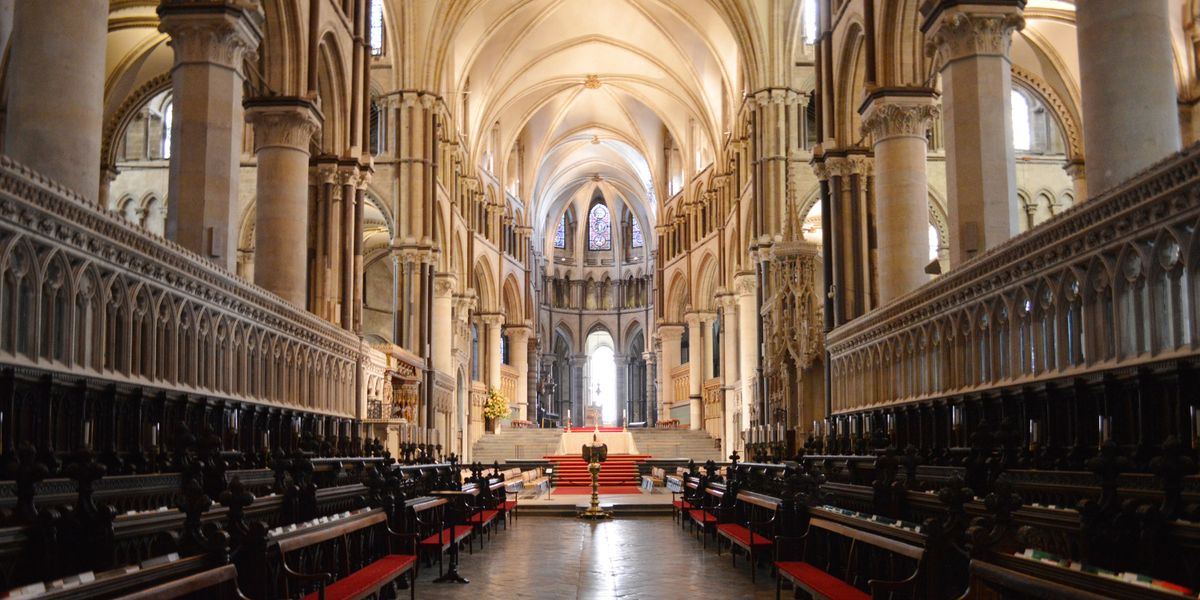 This morning’s comments by The Archbishop of Canterbury on the BBC’s Today Programme highlight the work already being undertaken by Canterbury Cathedral to identify items such as memorials, statues or heraldic images that may have links with colonialism or the slave trade, and to create clear contextual information that acknowledges the history of such objects in an honest and sensitive way.

All of the Cathedral’s items are being reviewed to ensure that any connected with slavery, colonialism or contentious figures from other historic periods are displayed with clear objective interpretations and contextual information, and are presented in a way that avoids any sense of aggrandisement.

We hope that by providing this context – and acknowledging any associated oppression, exploitation, injustice and suffering connected with these objects – all visitors can leave with a greater understanding of our shared history and be inspired to undertake further learning and discussion.

Acknowledging the nationwide approach to these issues, The Church of England’s Director of Churches and Cathedrals, Becky Clark, said: “There are monuments in our churches and cathedrals to individuals and events whose destructive impact is still being felt by people living in the UK today. Meaningful dialogue needs to engage with this reality, recognise that these voices have often not been listened to in the past, and make decisions that allow these unjust experiences to form a recognised part of both the history and future of our churches.”

Words by Alfred Burt in 1951, famously recorded by James Taylor at https://www.youtube.com/watch?v=XR5vupwpRJc

Given that we Christians base our faith upon specific historical claims [insert Nicene Creed here], I do not think that we should treat the physical body or appearance of Our Lord as a mere symbol. To treat the color of Jesus’ skin as symbolic is to demote Him from Incarnate Word to the level of advertising slogan.

There is not a different Jesus for the various nations of the world. There is only one Jesus, and He is a Jew of the royal house of David. If children from different backgrounds are perceiving Jesus differently, each child imagining Jesus to resemble the child in terms of physical appearance, then I think that we are failing to teach our children properly.

Were all the archbishops of Canterbury white? Just asking

Depends on what you mean by “white.”

If by “white” you mean the (modern, i.e., colonial period and later) racial identity widely associated with Western colonialism and usually used in tandem with “black,” then the answer is “definitely no,” because there have been Archbishops of Canterbury since A.D. 597.

The first Archbishop of Canterbury was Augustine, who in 597 was sent by the Pope from Rome, which may or may not have been where Augustine was actually from. (This is not the same guy as the earlier Augustine of Hippo, who wrote the Confessions and City of God.) There is always a chance he was of non-European extraction, of course, since lots of Romans came from all over the place, e.g., Emperor Septimius Severus (193 -211) was black. So you never know.

The next four Archbishops also seem to have come from Italy. The first Archbishop born in Britain was the sixth one, Deusdedit (“God gave”), who seems to have been Anglo-Saxon.

There follows a long line of Anglo-Saxon Archbishops, until 1070, when (non-English) William the Conqueror installs Lafranc, who, despite his French name, was Italian. After that, most of the Archbishops seem to have been natives–if one can call Norman occupiers “natives.” I think the only one who was definitely from abroad after Lafranc is Boniface of Savoy (1241).